Want a Good Deal on a Used Cat?

We do many things together.

“Cats are like potato chips, it’s hard to have just one.”

Years ago, a friend of mine had a refrigerator magnet that read that phrase, and it still makes me laugh, and it’s still true.

More cats are owned as pets than any other pet—73 million as opposed to 68 million dogs—and I think it’s partly because of what I discovered. I had six cats plus fosters at the time, and there always seemed to be room for one more.

And unfortunately, there always seemed to be a big supply of cats to fill the need. 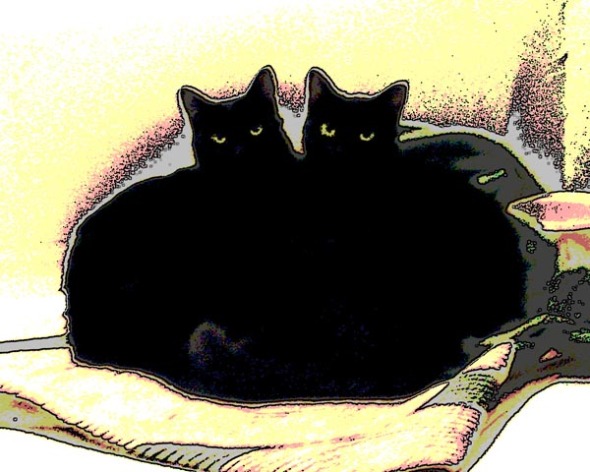 Right now, in the middle of “kitten season” when shelters are overflowing with unexpected and unintended litters of kittens, it’s time to help take the burden off of shelters and foster families who have taken in cats and kittens to foster, so if you have room help to celebrate Adopt a Cat Month.

Read more about Adopt A Cat Month, co-sponsored by the Catalyst Council website, dedicated to helping the country’s most popular pet get the respect and health care they deserve, and American Humane, protecting children and animals since 1877.

Locally, Animal Friends is offering an adoption deal between June 1 and June 30: adopt a cat for just $20.10! Animal Friends is a no-kill shelter, so adopting cats from them will open up more cage space for more cats. 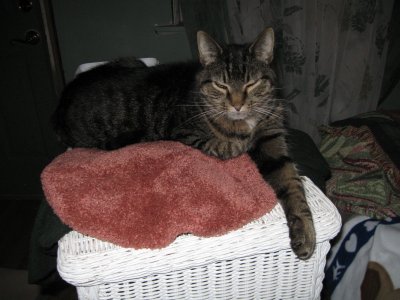 Cleo is waiting for a home through FosterCat!

And all the foster families in of FosterCat would love to see their foster kitties in new homes and then be able to help other homeless kitties!

In addition, our friend Ingrid King of The Conscious Cat is asking for your adoption stories, and at the end of June the most touching story will win an autographed copy of Buckley’s Story!

So if you’re not already overflowing with kitty love, fill that spot with a homeless kitty!