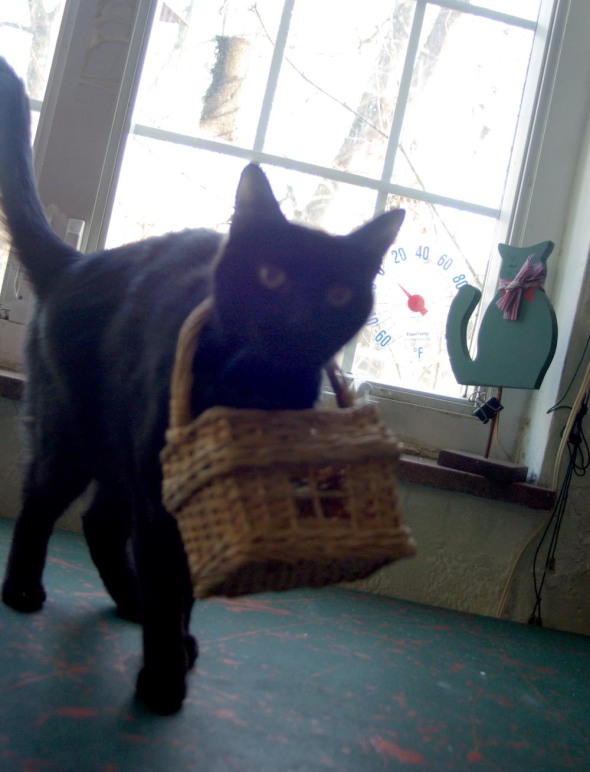 Things don’t always turn out according to Mr. Sunshine’s plan, but then, I’m not entirely convinced he plans things.

When he gets an idea, he’s ready to roll, like today when he thought he’d stick his nose in this little basket just to see if there was anything in it that might be good to chew on. He didn’t anticipate the handle which slipped neatly over his head as he tilted the basket in his enthusiastic inspection, and then he was stuck with it.

He is a little accident prone—whenever he jumps onto something I know something will be knocked down and he tends to run into a scene at just the wrong moment, like when I’m carefully trimming a claw which is suddenly pulled from my hand by the kitty who has to go and chase Mr. Sunshine. He also tends to eat strange things and chews on plastic, like tape and plastic bags, and he’s gotten himself in a little mess with the emergency veterinarians that way. But he’s a happy kitty, playing with every toy and running just because it’s fun, and he’s a great breakdancer whenever the inspiration strikes him, which is once or twice a day.

He also thinks he’s my greatest protector, turning sideways against my shins as he stands on my feet, which I’m sure would intimidate any intruder.

He has his brothers and sister to keep him in line. 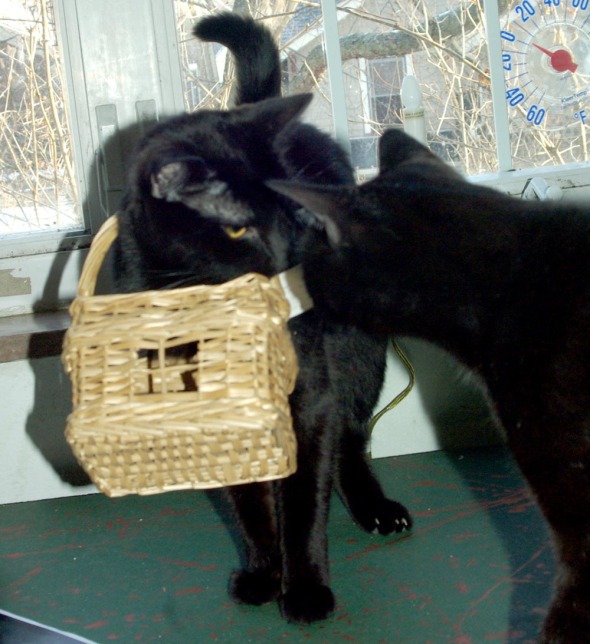 Don't you even THINK of saying something.

Bodie and Bear Bear Are Ready to Go Home 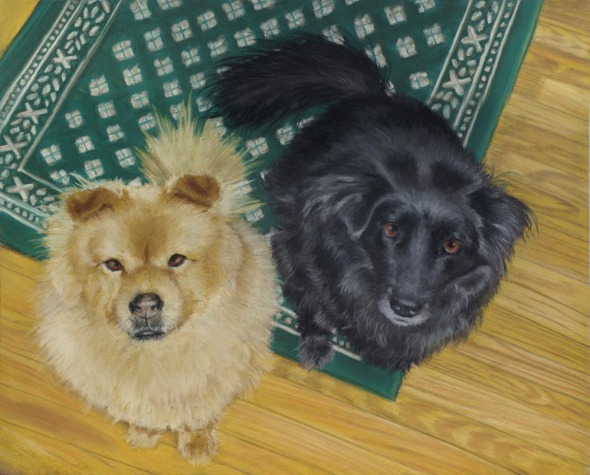 I have completed and framed this portrait, and it’s off to its people to be a surprise holiday gift. 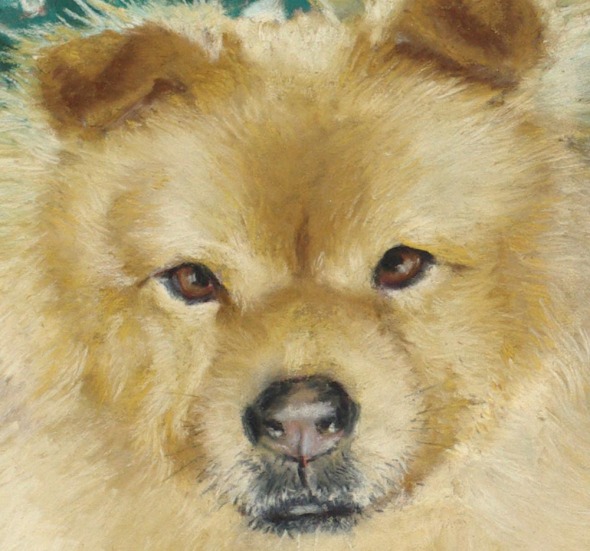 You can read more about the background on it in my first post, and the fact that the husband is returning the favor to his wife, who commissioned me to do a portrait several years ago.

I had gotten a pretty good start in the first draft, but if you look closely you’ll see a lot more fur this time, and more detail generally. 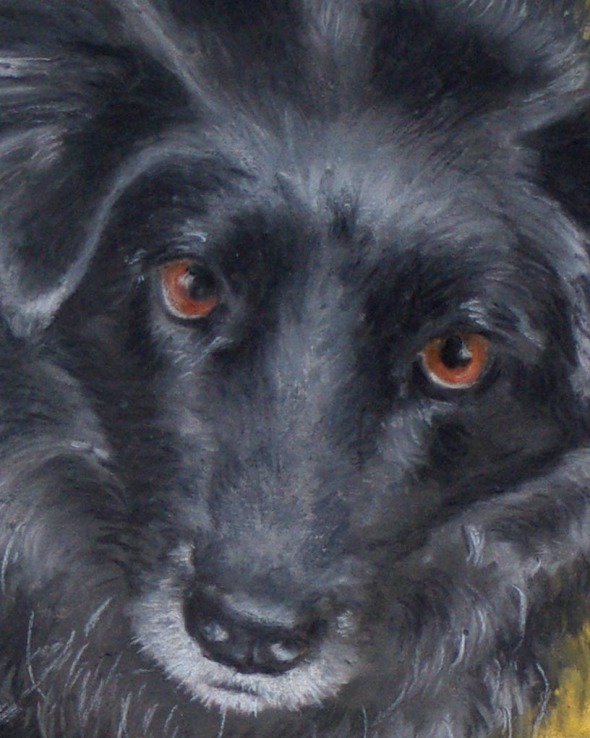 The portrait is 18″ wide by 14″ tall, and the dogs’ faces a pleasantly big, large enough to work good detail around the eyes and on their noses. Working the fur on subjects this large is a little more time consuming, especially with long-haired animals such as these. I start with general areas of color to mark where the shadows and highlights are, but then I layer other tints and hues over that and the final top color in wisps, blended with my fingers. This is what gives the fur the depth and texture while maintaining the right coloration.

I really enjoy dog’s noses—there’s so much going on there! And in an extreme close-up you see so many different-colored hairs and whiskers of every length.

Read the details of building the portrait and the people who commissioned me in my first post.

I can’t wait to hear what the recipient has to say, and I’ll be sad to see them go so soon!

Read more about my animal portraiture.